The Temple of The Presence

The Temple of The Presence®

"He stood fearless before all." 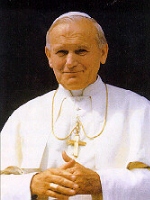 Beloved Pope John Paul II, Karol Wojtyła, made his transition on April 2, 2005. Beloved Serapis Bey, Chohan of the Fourth Ray and Hierarch of the Ascension Temple, announced on May 1, 2005 that this precious Son of God has Ascended and become One with his beloved Mighty I AM Presence. Serapis said:

"I, Serapis, stand before you this day to proclaim that within this Earth body has been the release of Light from the Ascension Current of one beloved Son of God who has taken his Ascension. You know well the Lifestream, for much has been reported of the good of his accomplishments — of even in this last embodiment. I speak of the Pope, having been Pope 27 years within that office. John Paul II has entered into the Oneness of the Eternal Life with his own God Presence. This Life he has elected to move forward known as John Paul the Great, to remind the faithful of the Ascended Masters - that it is not merely what accomplishments you have deemed were important by the outer ego, but those that were important to your own God Presence in the fulfillment of the Divine Plan of your lifestream and the bending of the knee before the Allness of God. This Son of God set the example for one who was faithful to the Heart of God and to the blessed Mother Mary. He invoked the Light daily into his countenance so he might have the election of God, not merely because he was the Pope and it was his Divine Office to fulfill, but because he desired the closeness of God, the reverie of God, and ultimately the Oneness that comes forth when you know yourself to be a part of the Divine Family of God.

"This Son of God set forth many traditions through his office in this embodiment to remind those of all persuasions and all religious faiths, that God was important to pursue and that the barriers between religious faiths should dissolve, allowing for the fullness of the Truth of the Law to come forth: that every Son and Daughter of God was indeed upon the pathway following the footsteps of the blessed Jesus toward the Ascension. Blessed Hearts, he was fearless. He moved among those in the Earth even when threat against his bodily life was leveled to a point where others would hide beneath the rock. He stood fearless before all. He moved into areas where there was not religious freedom and proclaimed that freedom to all. You, blessed ones, can look to his record as one who stood for God in Life. . . . "

" . . . This Son of God, having passed from the screen of the physical octave previous to this cycle, elected to take his Ascension upon May 1st so that he would honor Saint Germain’s endeavor to bring the Purity of the Teachings to the Earth, so that there would be the bridge in his own Conscious Momentum between that which had been the body of God that he supported and thrust forward to affect change in the Earth under the auspices of Jesus and beloved Mother Mary, into that which is the Domain of Saint Germain for the next 2,000 year cycle. This Honor that he affords to Saint Germain is returned by Saint Germain to his Lifestream, as he stood with myself, El Morya, the Maha Chohan, and all who are Chohans of the Rays of God Consciousness for the Ascension that took place. Blessed ones, this honor you are drawn into, to have the Radiance of the Light released from his Ascension to build a spiraling momentum of acceleration in your own life, so that you might grasp that Oneness of God and the acceleration in your own life to fulfill your Divine Purpose, to transmute your karma, and to be One with the Mighty I AM Presence as you walk this Earth as the Christ. . . . "

" . . . We do not often speak of the Ascension of those who do not have the awareness of many in the Earth. For if it is not their Mission to continue to be called upon by the students of the Ascended Masters or to have their Light invoked, and they have elected to go into the Great Silence for a time, or even for longer - for Eternity, it is our election to only bring to you those who have a Mission with Earth’s Sons and Daughters of God, that desire to continue on their thrust for a purpose to reunite the Body of God into the Oneness of the Ascension and to bring forth the Golden Age. This is one such Son of God. You may call to his Flame. You are called upon to know his Heart and his Vibration, for his devotion to the Mother Flame will give you the key to the entrée into his Heart. I, Serapis, salute his Ascension, and I salute each one who makes a reaffirmation this day of commitment to their own Ascension and the Purity of the Law. Be sealed in the Light of the Mother Flame, of Purity’s Ray, and protected by Purity’s Holy Angels and the Seraphic Host. . . . " 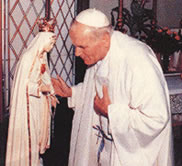 Dictations from the Ascended Masters